It Could All Be For Life (Not Just For Christmas) - Acoustic 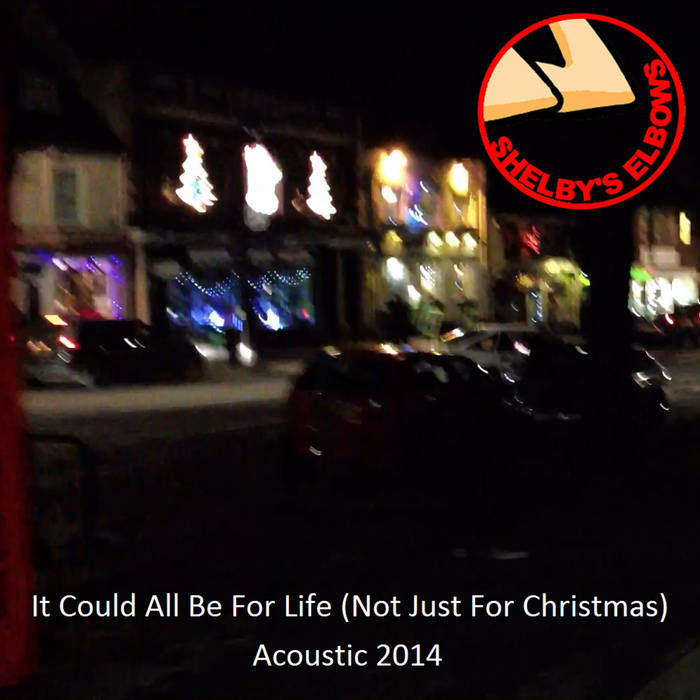 Shelby's Elbows original wrote this Christmas track back in 2011, as part of a special festive performance at the Howl Open Mic Showcase, held at the River Cottage Canteen in Axminster. A year later, they released a full version of the track. Now, in 2014, they've re-released the track again, this time with a cut-down acoustic flavour.

For many, the meaning of Christmas has become blurred. With the financial burden and third-party advertising pressure inflicted on us every year, it's easy to forget that Christmas is supposed to be a time of celebration, family fun and compassion. But this isn't a negative song - 'we all pray for snow but it never comes down, yet still we all know that it's Christmas somehow'. Behind all the unnecessary stress, it is still there, we just need to claim it back.

The queues all start early, three months in advance,
And the kids are all lost in the toys that they have,
We're told what to feel, and we're told what to spend,
And our ears are bombarded by songs that don't end.

We take all our money and we give to the rich,
We feed the machine with our loaves and our fish.


For a fortnight of virtue, we just price ourselves right,
But we don't have to argue, and we don't have to fight.
For we all pray for snow, but it never comes down,
Yet everyone knows that it's Christmas, somehow.


The tramp he lies sleeping, all alone on the street,
Suddenly we see him though he's been there for weeks.
We offer him comfort, and a warm festive glow,
But with new year he's forgotten - still has nowhere to go.

There's a lonely man sitting by himself on a chair,
The family on screen doesn't know that he's there.


For a fortnight of virtue, we just price ourselves right,
But we don't have to argue, and we don't have to fight.
For we all pray for snow, but it never comes down,
Yet everyone knows that it's Christmas, somehow.


So come all ye faithful, you don't have to sing,
You don't have to worship, or buy anything,
If you're happy - be happy. If you're sad, just be sad,
Because it's either not worth it, or the best time you'll have.

And remind us all gently on this cold silent night,
These gifts aren't for Christmas, these gifts are for life.

An acoustic duo from deepest darkest Dorset, playing a variety of covers, from Nirvana to Neil Young, Seal to Skynyrd, Dire Straits to Turin Brakes and anything in between.

Bandcamp Daily  your guide to the world of Bandcamp